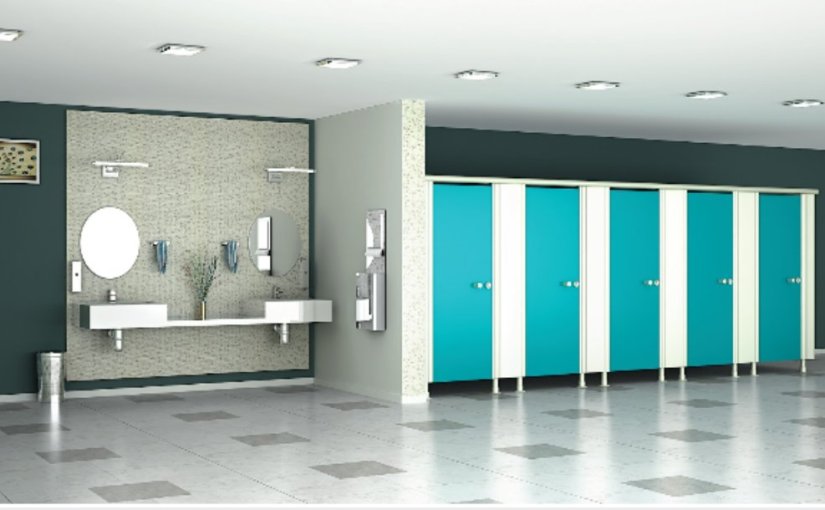 Going to a public water closet can be a quirky experience. Not because of the traditional struggles, like a malfunctioning flush, or when running out of toilet paper and all of their shameful outcomes. No, the real thrill comes from an exemplary demonstration of human stubbornness.

If you’d ask me, a fine public restroom is of utmost importance for mental health, and I’m dead serious about it. Next to its primary use, which we hopefully all know, it offers something of grander value. Namely, that it serves as a great retreat, offering some welcomed minutes of solace amidst our stressful lives. A small but fortified space in which you can regain your breath. A pit-stop before rejoining the rat race.

Times change. And so do our water closets. The definition of toilet should therefore be broadened. As our lives got more and more accelerated, there is an increased desire for a room to rest: say hello to the restroom. An upgraded meaning of the word toilet, thanks to the way in which it has enhanced our lives over the past decades.

The restroom proves its effectiveness when trying to escape lengthy meetings in the office (preferably during a brain shrinking question round). And in particular, the unfortunate case of being dragged into a shopping mall or an IKEA for the afternoon. When trying to overcome the excruciating horrors of screeching children and ceaseless announcements, a swift slip into the restroom might enable you to survive. Nothing can interfere this modest moment of serenity. Right?!

As ought to be widely known; most reliable toilets have a functioning lock. This small device fulfills a simple but crucial role, since it’s the barricade between the hostile outside world and your two square meters of tranquility.

So, it’s clarified that the purpose of this device is obviously to lock the door. But more importantly, the essence is to show those waiting in the queue that it’s locked, so that they don’t have to come over and disturb your five minute retreat.

It does so by presenting either a white or red bar/lid. It can be seen from afar. Red, in combination with the door firmly closed, means that it’s occupied. There’s not much sense in trying to enter. The lock makes sure that the poor soul inside won’t be harassed for merely a brief frame of time.

Yet it appears not all that obvious to quite a few fellows. Especially during toilet rush hours, politeness is brushed aside. Those who cannot bear with the waiting, do something typically human. They intervene.

And so, ignoring all the clear visual signs of occupancy, these impatient individuals venture towards the sacred door, hoping that it will magically open. A fierce pull will do the job. They grab the door handle and pull it powerfully, just to find out what they already knew. Indeed, it is confirmed that the door won’t open. Nonetheless, they desperately try to shorten their temporary uphold and conquer the restroom, but are foolishly unaware of this attempt being rather counterproductive.

And to all the smart minds who had the mind-blowing idea to turn the door handle aggressively, attempting to shorten someone else’s pit-stop in favour of themselves: thanks, the effectiveness of the door lock has been proven.

In spite of this, the harmonious calmness inside has been interrupted heavily. It leaves the slightly irritated rest seeker in the cabin no choice, other than to annex his sanitary sanctuary a little longer. He decides to use the granted stretch of time productively.

Thus, after being reassured by the trustworthy door lock, he sits back, returns to zen mode and takes plenty of time to write a peculiar article in honour of a peculiar place: the restroom.

Now, if you would excuse me, I need to get back into that terrible shopping mall.

© Stefan Hoekstra/The Social Writer, 2019. Unauthorized use/and or duplication of this material without express and written permission from the site’s author and/or owner is strictly prohibited. Excerpts and links may be used, provided that full name and clear credit is given to Stefan Hoekstra and The Social Writer with appropriate and specific direction to the original content.