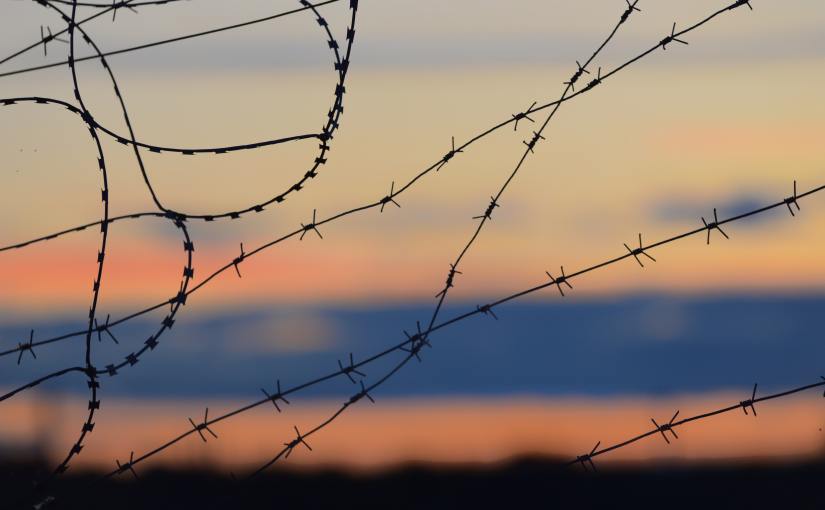 In his outstanding work The Rebel, Albert Camus came up with two concepts in regard to what he called ‘state terror’. Roughly paraphrasing him and others, I will draw some parallels with the ongoing war in Ukraine. In this light, Camus spoke of two forms of state terror in which revolutionary thought could overshoot, namely: rational and irrational state terror. The first, rational terror, will be elaborated on thoroughly in relation to the logic Russia is currently subject to. Helped by these concepts, this piece will argue why the war won’t end anytime soon and why it should be taken seriously.

States that apply terror, feel the need to sacrifice concrete, palpable life in order to create totality and fulfill an oblique destiny. In other words, they need to suppress and kill for a supposed greater good; a greater good that is far from certain. Irrational state terror, according to Camus, is what has been practiced by Nazi-Germany. What makes it irrational, is that its logic inevitably led to its own destruction. Taking the idea of movement and action to religious spheres after Nietzsche’s death of god, Nazi-Germany had set out on a crash course with the rest of the world in order to justify its existence; it always needed an enemy. It didn’t exist without war. For the first time in history, a state showed that it can create terror on an industrial scale.

Now, rational state terror, in relation to today’s Russia, finds its origins in the Soviet Union, in Lenin’s selective adaptation of Marx’ works. Lenin had rewritten socialist thought in a way that it would justify repression and suffering in the name of inevitable history. He claimed that an authoritarian regime would realize the predetermined lot of his union faster than simply waiting for it. He promised that at the end, when all is unity, the regime would be superfluous and dissolve itself. But no end date was given. Whether Putin’s Russia can be labelled as rational or irrational state terror, remains unclear until the final outcome of the war. Possibly it’s a mixture of the two.

According to Camus, an important component of rational state terror is the way it fabricates and manipulates truth -retroactively- in order to make all its actions seem rational as a logical means to an end. This mechanism is well illustrated in the works of George Orwell, like 1984, where newspapers are adjusted every second to match the changing reality and make it seem like the state is seamlessly following its own history. Unlike Nazi-Germany, which tried to hide its atrocities and horrors from the public and hypocritically pour out its violence over Europe, the Soviet Union presented repression as a necessary sacrifice: to achieve peace for all in an undetermined future, violence is justified in the present.

The state, in this case, wouldn’t even portray its violence as repression; merely as re-education to create totality and unity; a small detour along the Uighur camps in China. They would even take it a step further and claim that it is the unity of the state itself who is repressed by citizens who explicate deviant ideas. In a rational state, there cannot be any defiance, for all is totality: the future, the past and the present. Other perspectives that may distort this total image, must be either converted or destroyed without the possibility of martyrdom, which rhymes with the crusades in Europe’s dark ages.

This brings us to the terror in Ukraine. Why did Russia’s internal repression became external and spill over into Ukraine and previously Georgia, Chechnya and again, Ukraine? Above the much discussed strategic reasons for an invasion, Russia follows a certain logic, reminiscent of the Soviet constructs as described by Camus and others. In regard to the ‘deviant perspectives’ to the endeavored totality, Russia’s interference with Chechnya is interesting to begin with. When Chechnya revolted and tried to untie itself from the federation, its rebellion was smashed down by the freshly chosen president Putin. The goal: restoring totality. But the mechanism goes international, too.

The Kremlin’s knowledge of different perspectives, thriving in neighboring countries, creates eternal friction (which boasts nationalism and the need for a ‘strong leader’). Military or not, a state that pursues total unity exists in a perpetual state of war with opposing views, in Europe, Ukraine or elsewhere. A totalitarian state that has given itself the religious task of fulfilling human destiny, experiences continuous dissonance with neighboring democratic countries and is constantly reminded that its totality is unfulfilled. So the moment Ukraine moved into a more democratic direction, Russia’s latent dissonance accumulated into terror. Random attacks on civil targets might not just be a military tactic, it’s also a way of terrorizing and spreading fear, until Ukraine’s citizens will follow suit again and comply. If they refuse, destruction is what awaits them, to restore the totalitarian equilibrium.

The collision between democratic and totalitarian systems is denuded by the mere description of a democratic system. Democracies, respecting various perspectives, admit that there is always an area of tension, of conflict between visions. But contrary to other systems, the democratic one perceives conflict -in the form of dialogue and debate- as its main advantage. And historical dialectics, but also pure logic, have shown that the immense human diversity cannot be squeezed into one or two simple state models. Democracy offers a platform for the diversity to come to consensus and do more justice to the vast human complexity. Law and shared values, based on mutual decisions, offer an overarching foundation that bridges the gaps of a multiform society. In more Nietzschean terms: chaos brings order.

Conclusively, this is simply a description of the logic a state can follow, and whence it can lead to the application of terror. And if the question is posed whether Russia is applying terror in Ukraine, the answer following Camus’ paradigm is a full yes. Nonetheless, lacking the military power to create the world it adores, those in the Kremlin have learnt from the past, and have refined their strategies into quite sophisticated methods of manipulating public opinion and blackmailing their perceived enemies. Yet, the force of action and movement, in order for such a state to justify its existence, is only stopped when it collides with another force. Until that moment, the day that it is halted, the 21st century Red Army will roll onward.

© Stefan Hoekstra/The Social Writer, 2022. Unauthorized use/and or duplication of this material without express and written permission from the site’s author and/or owner is strictly prohibited. Excerpts and links may be used, provided that full name and clear credit is given to Stefan Hoekstra and The Social Writer with appropriate and specific direction to the original content.

Corona can be seen as the most successful whistleblower in recent history. A physical disease which denudes social diseases. In the wake of its rampage, it pointed out the staggering worldwide inequality and lack of access to medical care.

In the US, corona had already addressed its weak social safety, for it’s mostly the financially vulnerable who have died there. Corona has also pointed out how spoiled we (me too) have become, indulging ourselves into limitless air travel, polluting the world. But in this particular case, corona has touched upon one of the most counternatural, outdated, hypocrite and hopefully one day condemned industries: meat processing.

It is interesting to observe how corona sweeps across the European Union. Doing so, it cuts open all the incorporated flaws which haven’t been addressed but should have. Systematically, it removes the plaster from the normally hidden wounds of our union: the more dystopian aspects we don’t like to see, for they might destabilize the collective conscience and our way of depicting our beloved EU.

Corona’s most recent discovery is the hidden world of massive slaughterhouses in Germany and The Netherlands. One outbreak after another has revealed that the majority of employees have been infected by the coronavirus. Its employees are predominantly recruited in Eastern Europe, such as Poland, Bulgaria and Romania.

Dodgy job agencies aim to recruit people so poor that they don’t have a choice, other than to do the dirty jobs we don’t want to do in the west. They’re then housed in derelict dorms and are driven in buses towards the meat factory each morning. And after a tiresome day of tearing away pork intestines, these modern slaves are driven back to their barracks, which on themselves look like a pigsty.

On the news yesterday, was an enormous plant, located in Rheda, Germany. It has some 7000(!) employees, who have the honorable task to kill and process about 20.000 pigs on a good day. On its roof stands an large billboard depicting a cheerful cow and pig. I think pigs are not smiling once they know the horrors inside the building.

The gritty abattoir, which is owned by a billionaire, even has its own football club and a stadium! The irony would be even comical, but this matter is serious. As said, most of the employees are underpaid, overworked labour-migrants from the less wealthy regions of the EU, who now also have to suffer from corona. And I thought it was the European Union’s fundamental endeavour to increase equality. Not to exploit inequality, in favour of the already wealthy! European governments are struggling to excuse themselves for slavery in the past, while modern slavery is still alive and kicking.

So irony wants that here you have a factory full of pigs who weren’t supposed to be bred and killed in the first place, processed by workers who weren’t supposed to work there, to ‘produce’ meat of which 20% will be thrown away as a consequence of revenue calculations. (Throwing away packages of meat is ultimately cheaper than giving it discount tags.)

Perhaps they’d disagree at first, but I guess that ultimately, corona will be a true blessing for the modern slaves working there, and for the pigs, who are definitely not smiling like the banner wants to make us believe.

In the places now affected by outbreaks, it is often not the outbreak which is the most alarming. It’s not the corona infections itself that engage me into the actual news coverages.

No, it’s becoming aware of the ongoing activities which makes it poignant: the incomprehensible facts that leak to the outside world, as an unforeseen consequence of the corona discovery. For instance, that apparently, there is still a large fur industry in the Netherlands. That also, 5,6 Million pigs are slaughtered each year in our small country. 15,500 a day. We must be damn hungry.