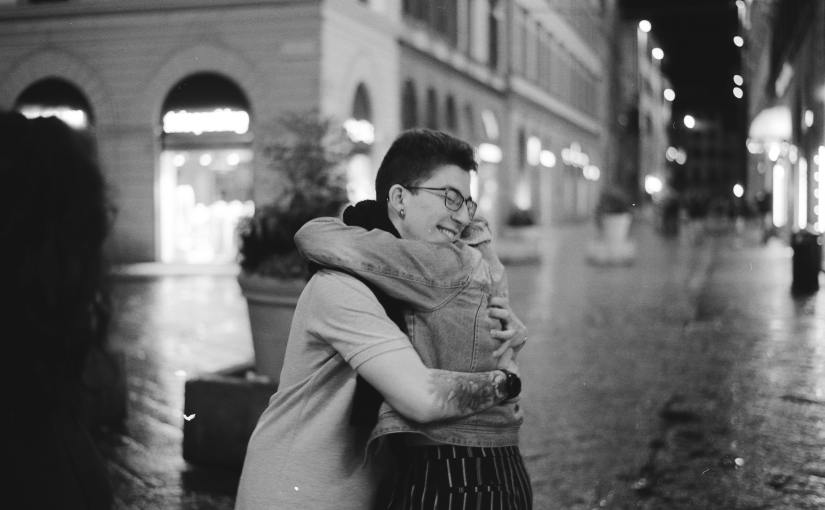 It’s 11:38 PM now, as I’m squeezing my eyes and brain to write a worthy note, pleasantly accompanied by warm candle light. Scrolling back to the beginning, I notice that it’s the diary’s one month anniversary today. That went fast. It also means that the first serious measures regarding the coronavirus were implemented some two months ago. My state of mind could be best described as an overall numbness.

It is most uncertain how long this thing is going to last and which effects it is going to have on my reunion with my girlfriend, Marina. She’s currently stuck in Russia. The usual blockades between us usually feel like two locked iron doors: the door of distance and the door of visa misery. Now, with corona regulations, a third one is added. But this is an impenetrable metal door, twice thicker than the others. And whereas the other doors can be opened with matching keys, this third one doesn’t even seem to have a lock that can be opened.

For international love, the coronavirus is just another nightmare on top of the ones already present. International love on itself is not recognized in this bureaucratic world. In such a world, a relationship only exists when officially documented on paper, either by marriage or registration. Genuine love is not a requirement.

I suppose we are one out of many hidden victims, suffering under the reckless and unwieldy decisions by the authorities. Making an appeal to a team of epidemiologists and virologists to manage the outbreak, means also that the main focus will be to wipe out the virus and epidemic.

And everything needs to yield for that one obsessive endeavour: beating the virus. I cannot blame the epidemiologists as much as our politicians: it is simply not their job to take people’s hearts into account. But it is nevertheless disturbing how only the bigger image is considered to be something meaningful: the statistics on the screens, the flattening of the curve, the protection of the nation and economy.

Not the agonizing separation of loved ones. Not that entire families are torn apart. The extent to which something is meaningful, is not universal or measurable. It is subjective. Take a butterfly extracting nectar from a dandelion for example, why would this be a less meaningful act than a million dollar business deal in an enormous office? Collecting nectar is equally (or even more) meaningful to the butterfly, as the deal is to the businessmen. I suppose that this is pure ethics. But I see it rarely discussed.